There are few movie and theater cars more beloved than Chitty Chitty Bang Bang, it formed the backbone of a rags to riches tale of adventure, intrigue, and daring that became one of the most popular children’s stories of all time.

There’s a good argument to be made that two of the most famous cinema cars of all time are the modified Aston Martin DB5 from James Bond, and Chitty Chitty Bang Bang from the movie of the same name. Both were the work of Ian Fleming, who wrote both the original 007 books and the novel Chitty Chitty Bang Bang.

Ian Fleming first told the Chitty Chitty Bang Bang stories to his infant son at bedtime, after he suffered a heart attack in 1961 he sat down to write the stories into novel form, so his son could still enjoy it even if Fleming himself died.

Above Film: This is the trailer for the 1968 film “Chitty Chitty Bang Bang,” based on the Ian Fleming novel of the same name.

Sadly this is exactly what happened, Fleming would die in 1964 after finishing the book but before it was published. Interestingly he had written the entire book by hand because his wife had confiscated his typewriter in a futile attempt to force him to rest.

Fleming had worked for Britain’s Naval Intelligence Division during the Second World War, in this role he had been deeply involved in various top secret missions, many of which he had personally conceived.

He would write his first James Bond novel, Casino Royale, in 1952. The book proved so popular that three back-to-back print runs were ordered in an attempt to meet demand.

Fleming would write 11 Bond novels and two collections of short stories between 1953 and the time of his death in 1964, two of his novels would be published posthumously. 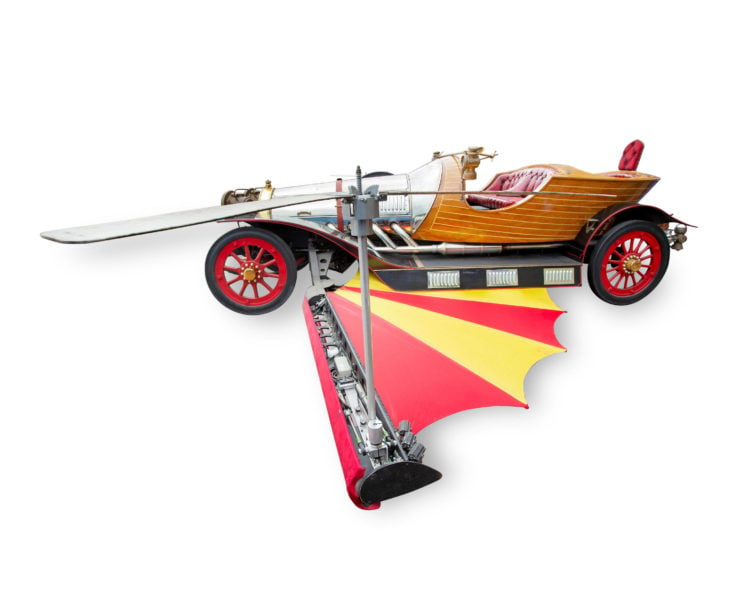 The Broadway car was had all of its various functions built into it, including both the wings and rotors for flight and wheels that fold in.

Among adults his most famous works are his 007 novels, but among children the stores surrounding Chitty Chitty Bang Bang are legendary. The the subsequent film’s soundtrack by the Sherman Brothers forms an integral part of the soundtrack of many young people’s lives even today, 54 years after the film was first released.

A number of “official” Chitty Chitty Bang Bang cars have been built over the years, the most famous being those that were used in the film, and the one used in the Broadway musical that later toured the United States.

The first Chitty Chitty Bang Bang cars were designed by Ken Adam, to follow the descriptions given in the book and subsequent screenplay. They feature a wooden boattail rear end, a highly polished alloy front, and many brass fittings and fixtures throughout.

Six cars were actually made for filming, only one of which was actually drivable. This many cars were needed in order to allow for all of the functions of the car, including the flying and hovercraft modes. 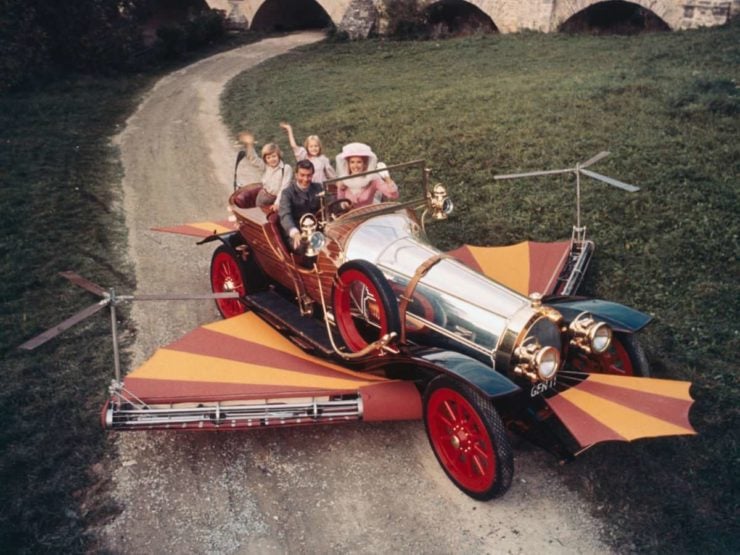 The film car and the Broadway car are clearly very similar, in fact it would likely be difficult to pick them apart.

Interestingly, that one drivable car was bought at auction in 2011 by New Zealand film director Sir Peter Jackson for $805,000 USD and added to his private collection, where it remains today.

The car you see here was built many years after the book was first published and after the film was first released. It was handbuilt in the early 2000s as part of a multi-million dollar investment to bring the Chitty Chitty Bang Bang story to the stage on Broadway in New York.

Whereas the film had six cars the musical could have just one, and it needed to have all of the functionality built in, it also needed to be capable of being suspended from the ceiling on wires to simulate the flying scenes.

The car would be used in all 34 previews and 285 regular performances on Broadway before embarking on a national tour with the show.

If you’d like to read more about it or register to bid you can click here to visit the listing, it’s due to roll across the auction block with Bonhams in early May in London. 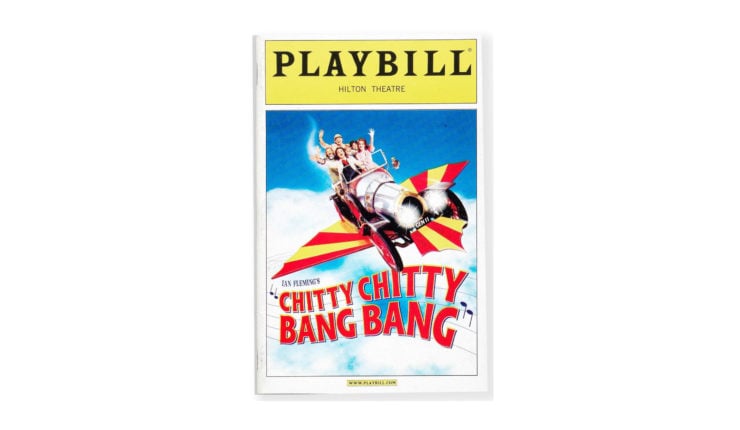 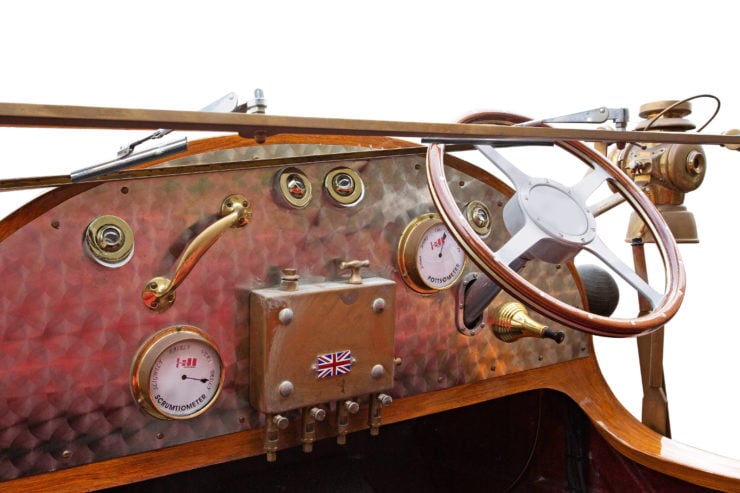 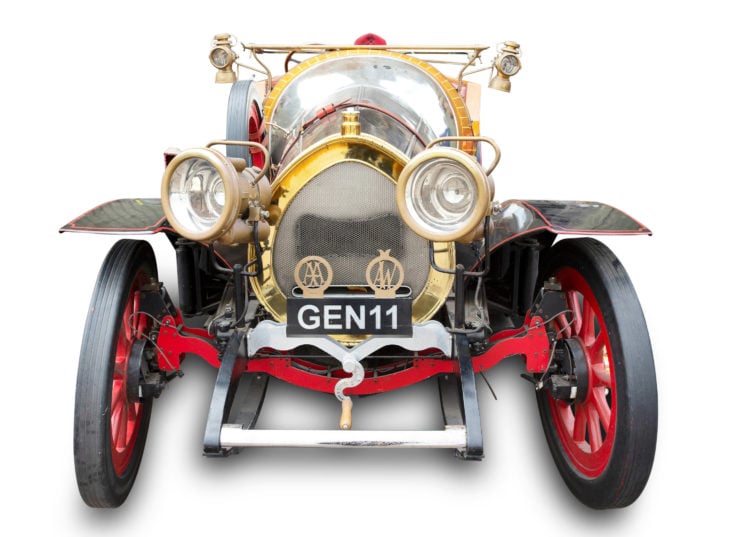 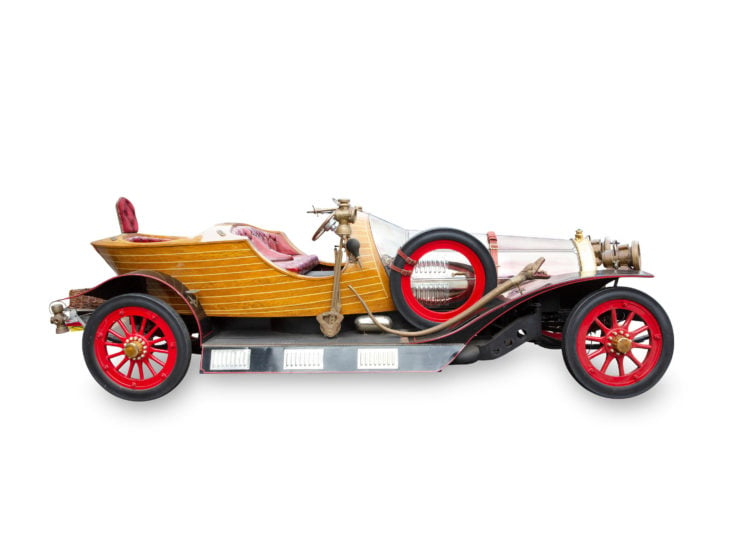 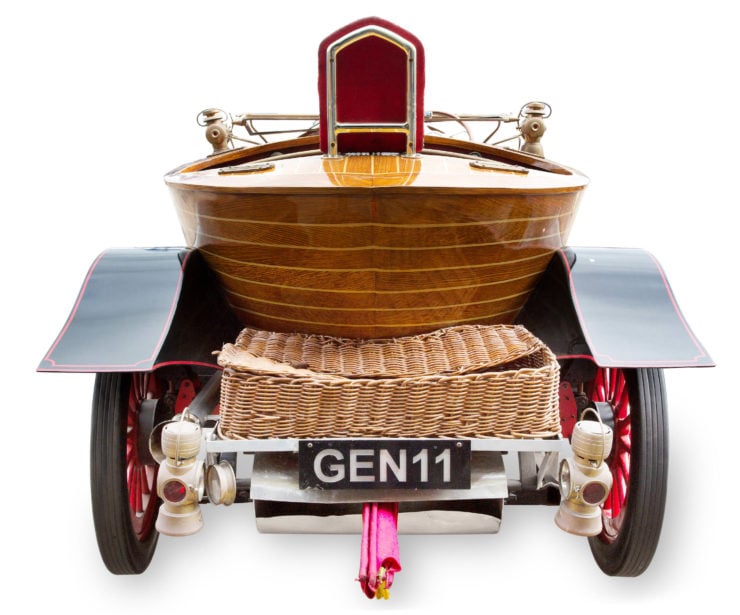 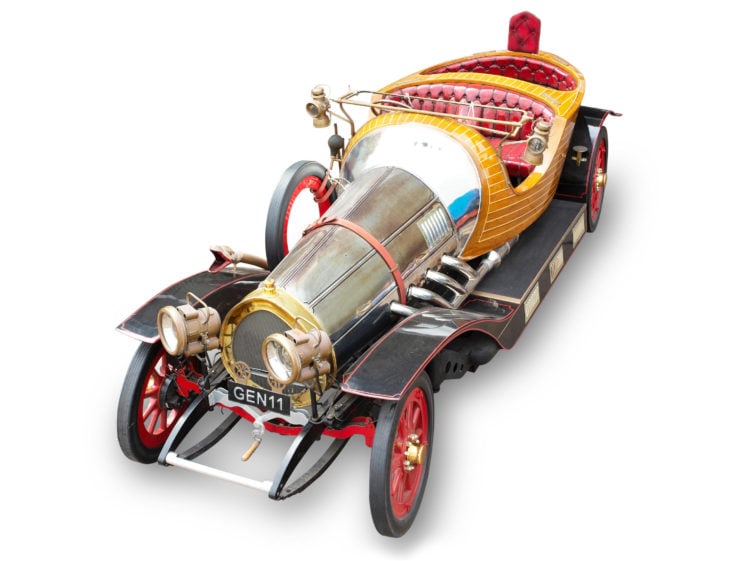 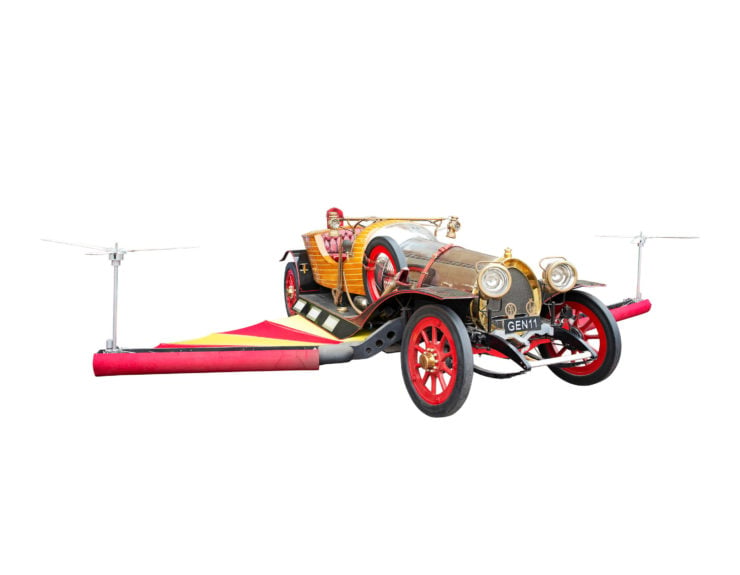 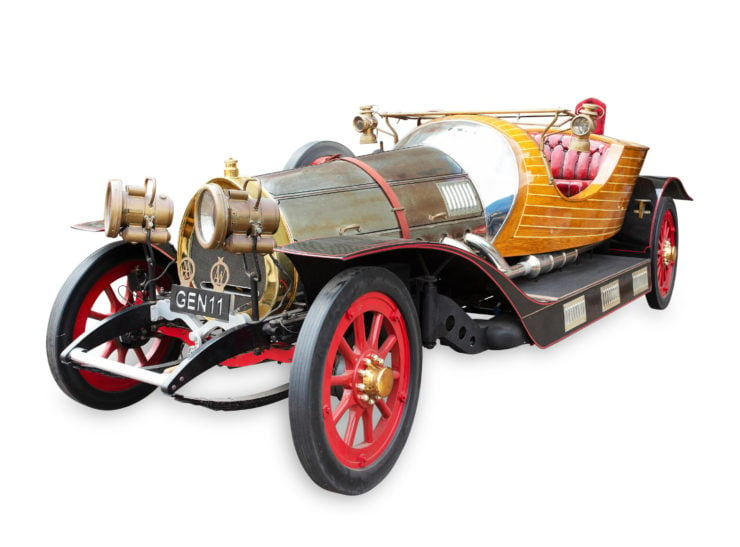