The controversial magazine publisher didn’t keep the car for long, it was given to a “Playboy Bunny” and its history after that is a mystery – until it was bought by Jonathan Bradburn with just 6,000 miles on the odometer still sitting on its original tires from the 1950s.

It’s not known what Stanley Harold “Wacky” Arnolt thought of his unusual nickname, though it’s not flattering it did follow him for the rest of his life, and even today he’s better known as “Wacky” Arnolt than by any other name. 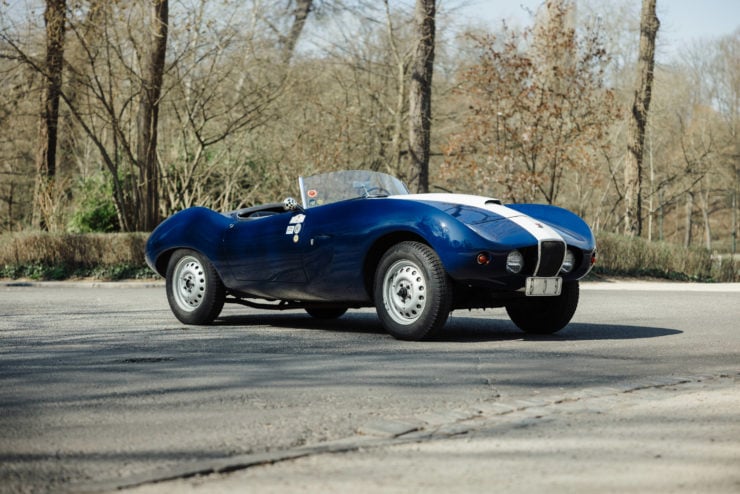 The elegant and unusual styling of the Arnolt-Bristol has been winning it admirers for decades, and its success in period competition makes it a popular car for vintage racing in the modern day.

He’s said to have acquired the epithet after navigating across Lake Michigan, by himself, in a small 14 foot boat in heavy fog – a distance of 90 miles in open water.

This tale of daring was perhaps a good indication of what was to come from Arnolt, he would rise from being a young engineer working for a bankrupt company to become a multi-millionaire industrialist in just a few short years.

In 1939 when he was working in the engineering department of Waukesha Engineering, the company entered bankruptcy. In lieu of payment Arnolt was given a patent for a small outboard motor, this was likely disappointing at the time however it would revolutionize his life.

With the outbreak of WWII in 1939 and the Americans joining the war in 1941, there was a strong demand for small outboard motors. Arnolt capitalized on this and by the war’s end he had two factories working around the clock building engines for the American military. 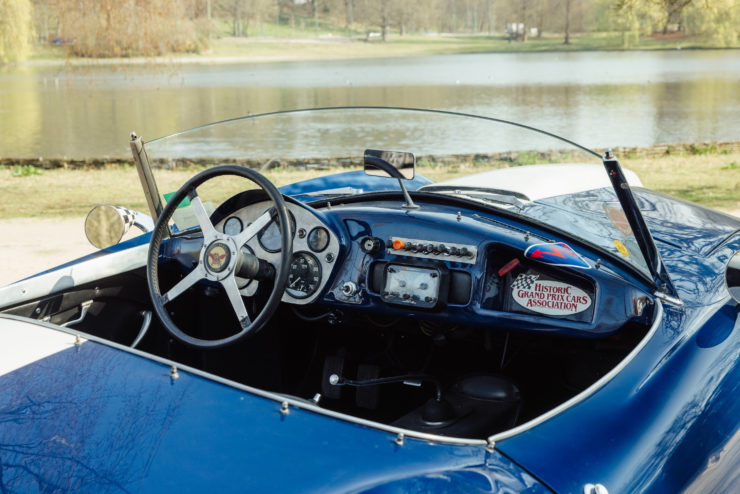 Even on this Deluxe model, the Arnolt-Bristol Bolide was a stripped down roadster designed for performance above all else.

He had gone from being a young engineer to a wealthy industrialist in a matter of just 5 or 6 years. After the end of the conflict he turned his attention to automobiles, one of his great passions, forming his own automobile marque in Warsaw, Indiana.

His first bespoke automobile would be the Arnolt-MG, the powered chassis was provided by British automaker MG, then shipped to Italy to have a body fitted by Bertone. Arnolt had first seen the Bertone design for the MG at the 1952 Turin Automobile Show.

Giovanni and Nuccio Bertone, the father and son team running coachbuilders Carrozzeria Bertone had created two uniquely bodied custom MGs and they caught Arnolt’s eye. He immediately attempted to order 200 of them, 100 coupes and 100 convertibles.

At this point in their history Bertone were on the verge of bankruptcy, there can be little doubt that this order by the white cowboy hat-wearing American millionaire saved the company.

Arnolt would invest in Bertone and use the company extensively for his projects, including the Arnolt-MG, Arnolt-Aston, Arnolt-Bentley, and of course, the Arnolt-Bristol. 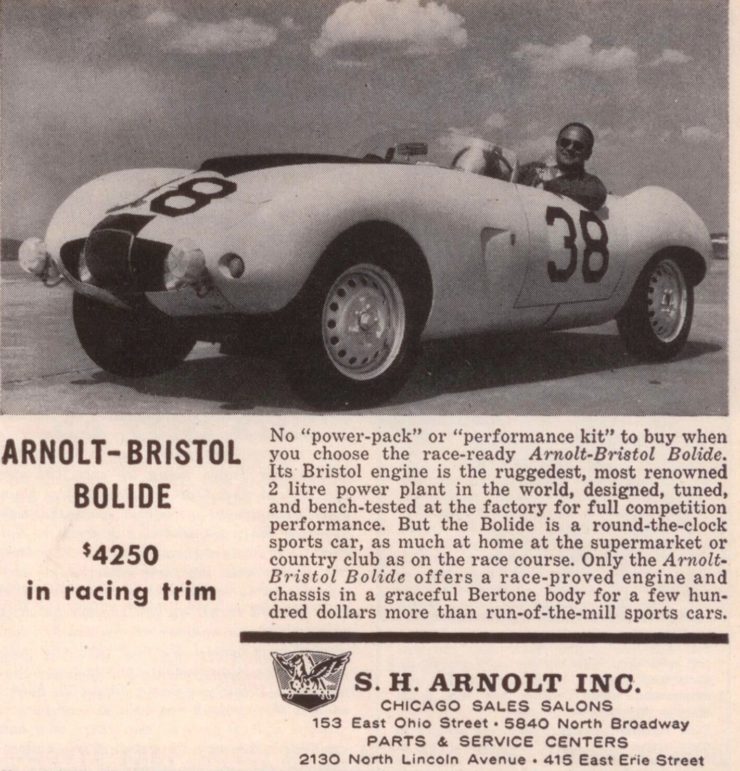 This 1950s-era advertisement for the Arnolt-Bristol Bolide lays out its benefits, and helps to justify its high (for the time) asking price. That’s “Wacky” Arnolt himself at the wheel.

By the end of the 1950s Bertone was producing tens of thousands of bodies a year for the likes of Alfa Romeo, NSU, and Simla – their future now on far more stable financial ground. The coachbuilder would become one of the most influential of the mid-to-late 20th century.

When MG informed Arnolt that they would no longer be able to supply him with powered chassis he needed to find a replacement quickly.

In the early 1950s Arnolt had become a regional distributor for BMC and the US distributor for Bristol cars. He would leverage that latter connection to source a supply of Bristol 404 rolling chassis fitted with the British company’s unusual 2.0 liter engine.

This engine was actually developed by the Germans at BMW before WWII, it was first fitted to the BMW 328 and proved successful in motorsport. After the war the rights to the engine were signed over to Bristol as reparations. 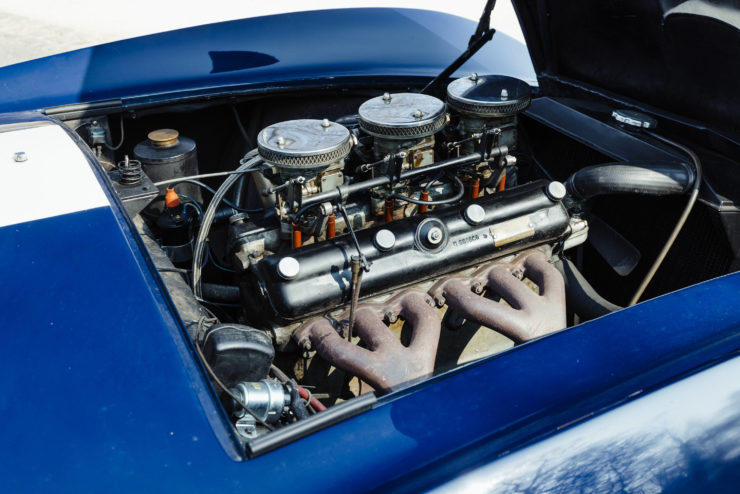 This is the 2.0 liter Bristol engine, it’s closely based on the engine used in the pre-WWII BMW 328, a race winning car in its own right. These engines could produce 130 bhp in street tune and 150+ bhp in race tune.

With the well-designed Bristol chassis, the Bristol-BMW engine, a remarkably beautiful body styled by Franco Scaglione, a body built by Bertone, and the finishing done in the United States, the Arnolt-Bristol was a truly international sports car.

Many other race and class wins would follow for the unusual little sports cars, later in 1960 at the Sebring 12 Hours the Arnolt-Bristols would again take a class win, this time finishing 1st, 2nd and 3rd.

“Wacky” Arnolt would regularly co-drive his cars in competition, and by all accounts he was one of the better gentleman drivers of the period. 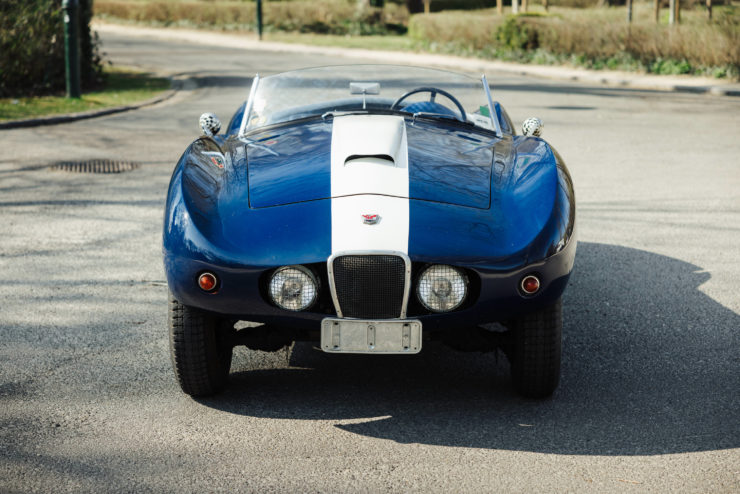 The designer of the Arnolt-Bristol, Franco Scaglione, needed to create a relatively high hood to accommodate the tall engine, he paired this with higher fenders to create visual balance.

As mentioned in the introduction, the Arnolt-Bristol shown here is a little more unusual than most. It was gifted by “Wacky” Arnolt to Hugh Hefner of Playboy fame, a remarkable present given the high cost of the car and its racing pedigree.

In recent years much has been revealed about life inside the Playboy empire, and Hugh Hefner now no longer has the popularity he did a decade or two ago.

It would seem that Hefner wasn’t a big fan of the car as he’s said to have given it to a Playboy Bunny whose name is lost to history, she also didn’t keep it long before selling it on. The value of this car may benefit by the fact that Hefner only owned it briefly.

Fortunately the car eventually ended up in the hands of an enthusiast by the name of Jonathan Bradburn. The car has passed through a small number of hands since then, and it’s been with the current owner now for over 30 years.

If you’d like to read more about it or register to bid you can click here to visit the listing. 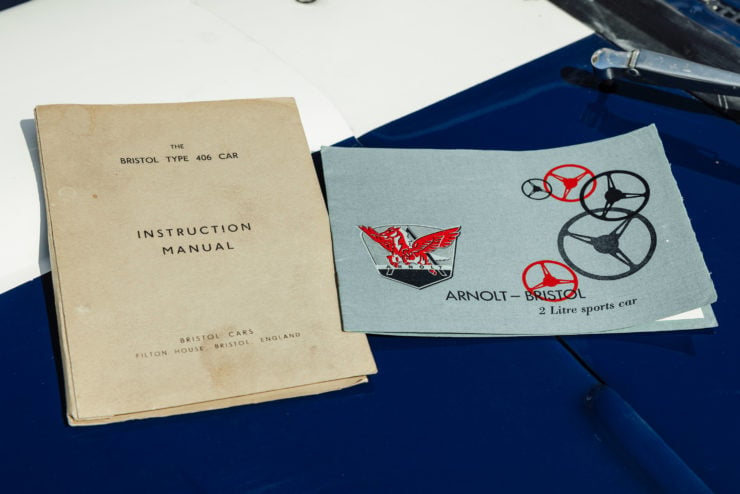 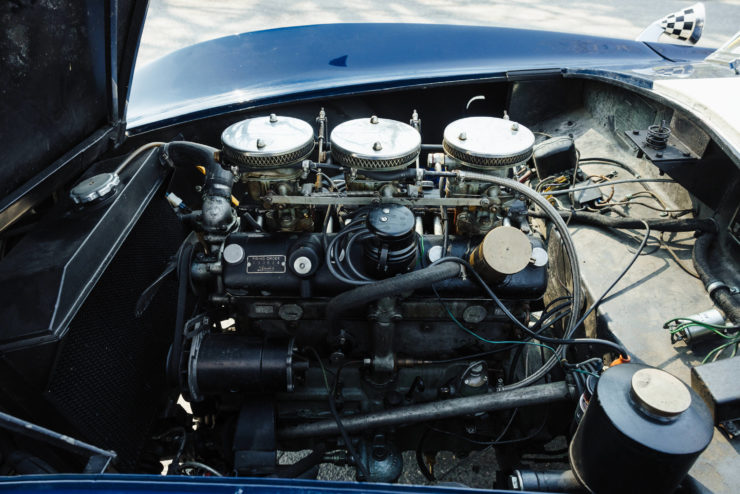 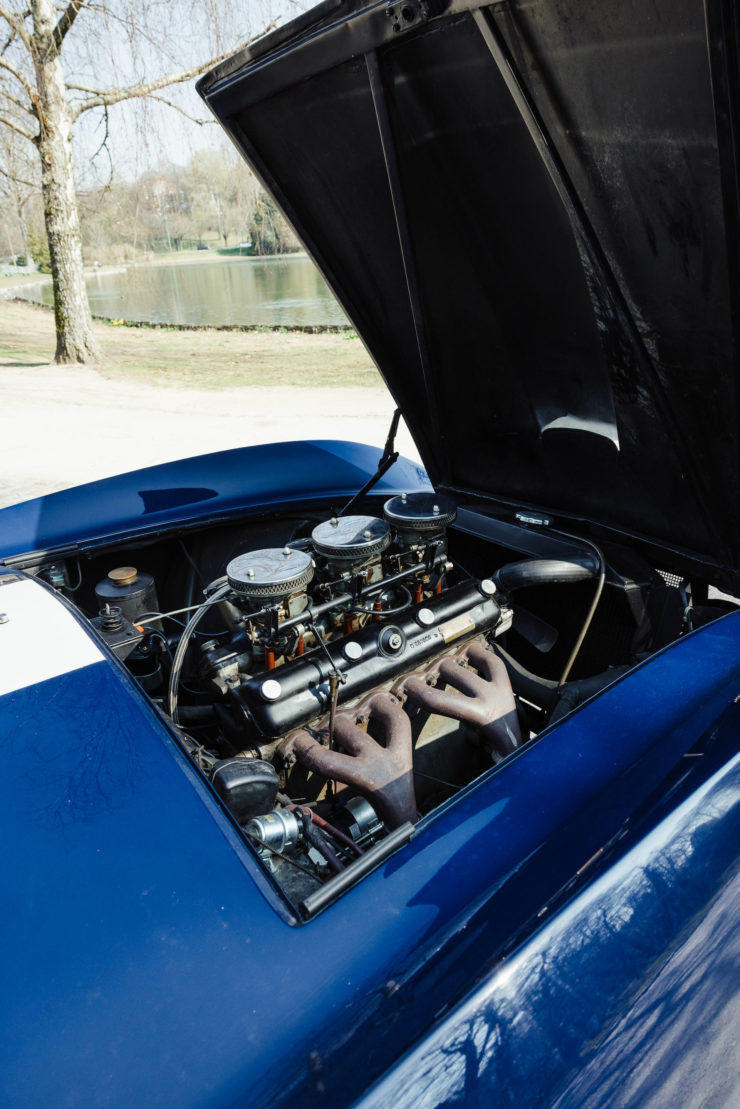 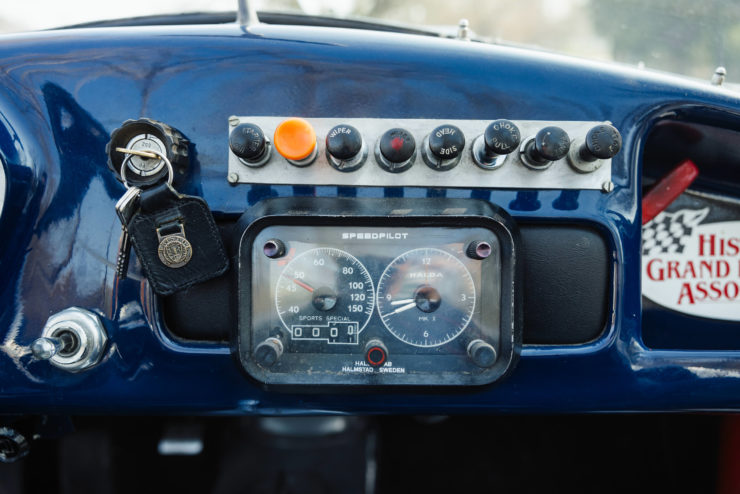 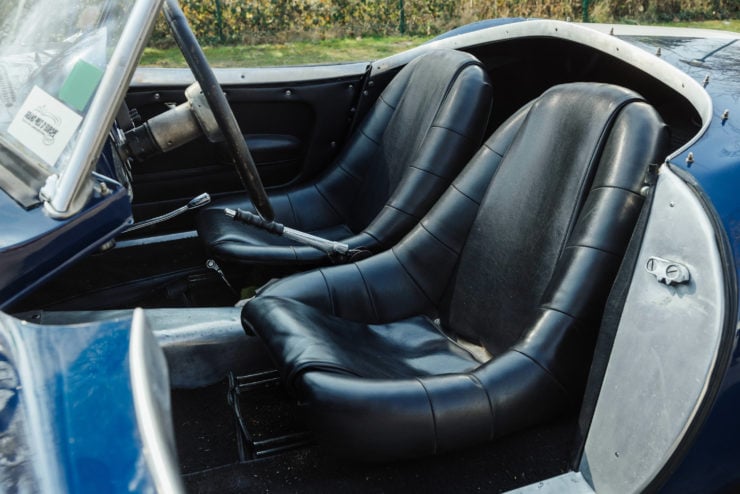 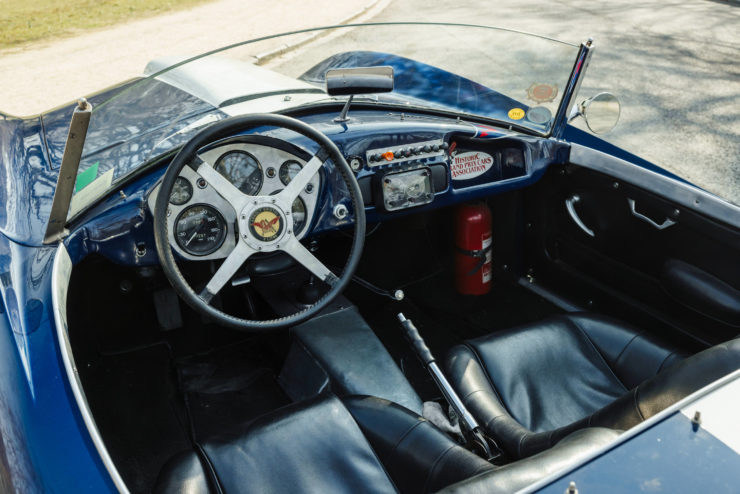 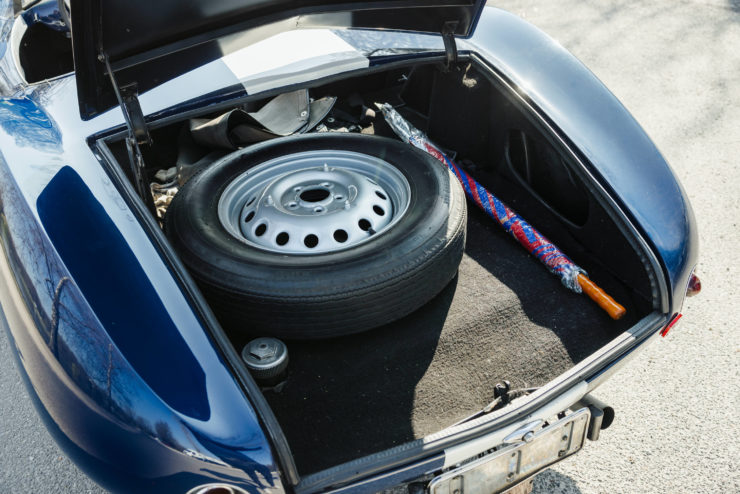 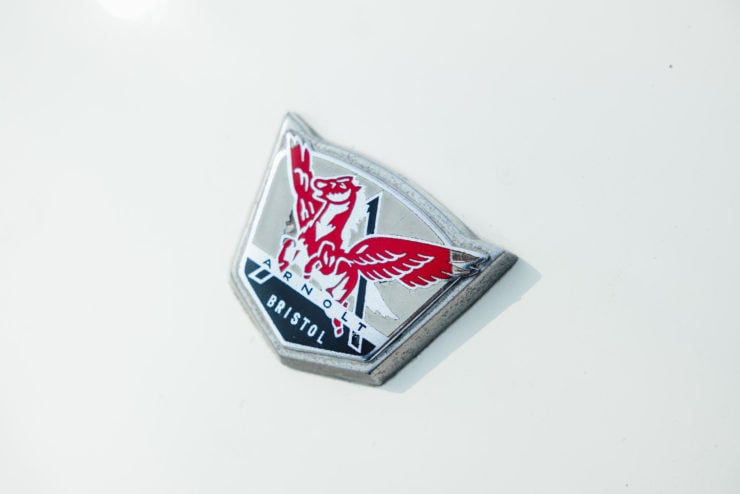 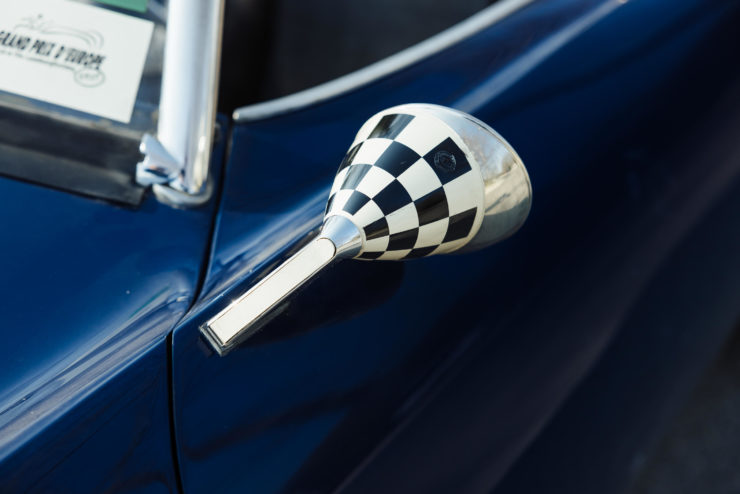 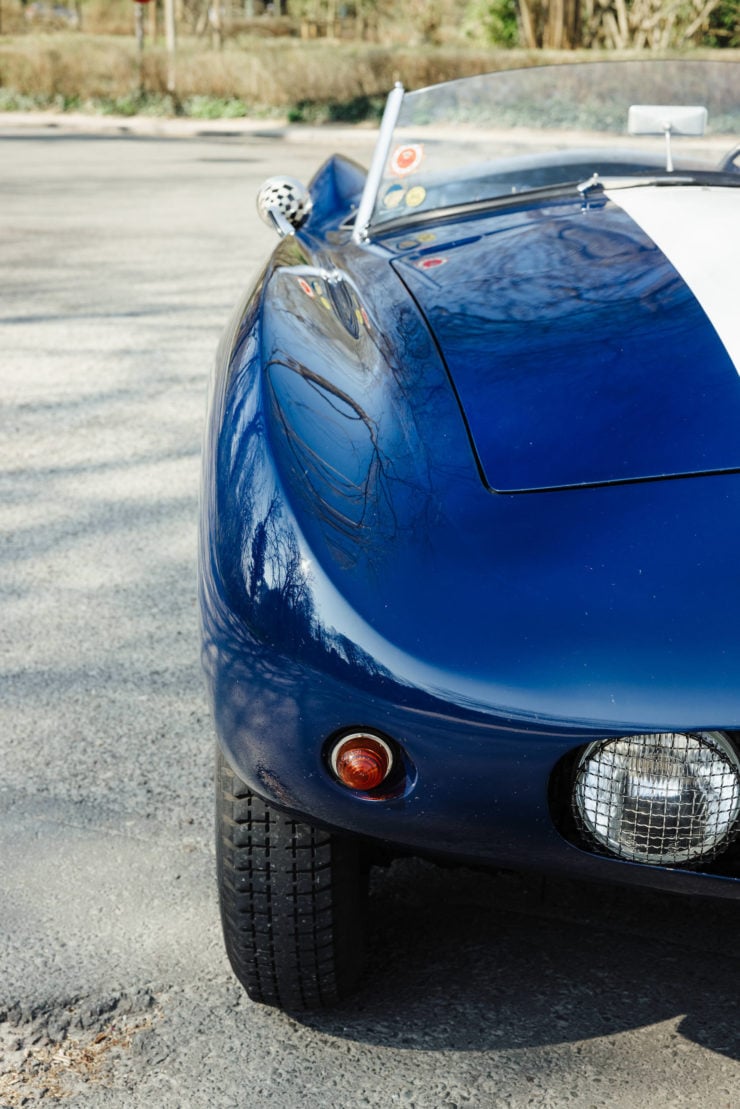 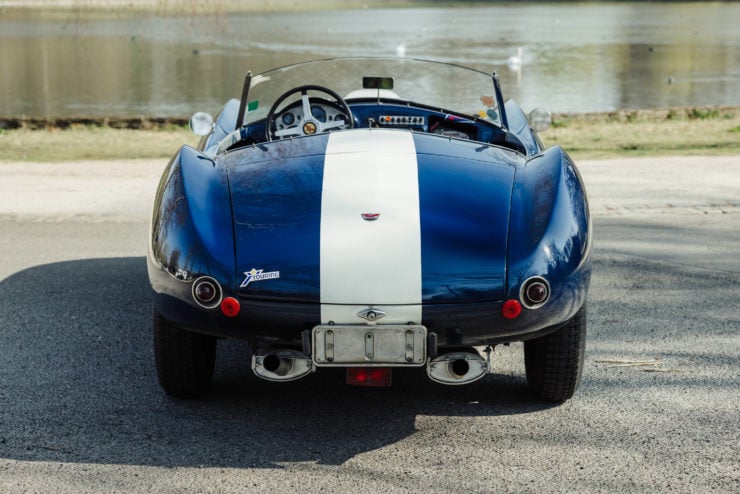 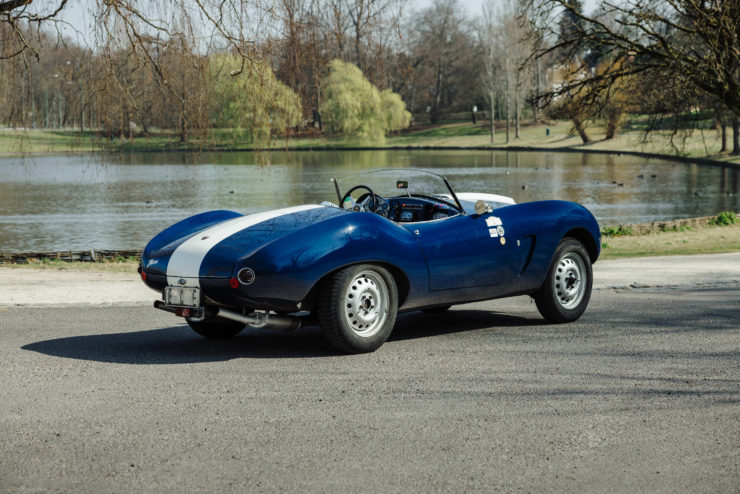 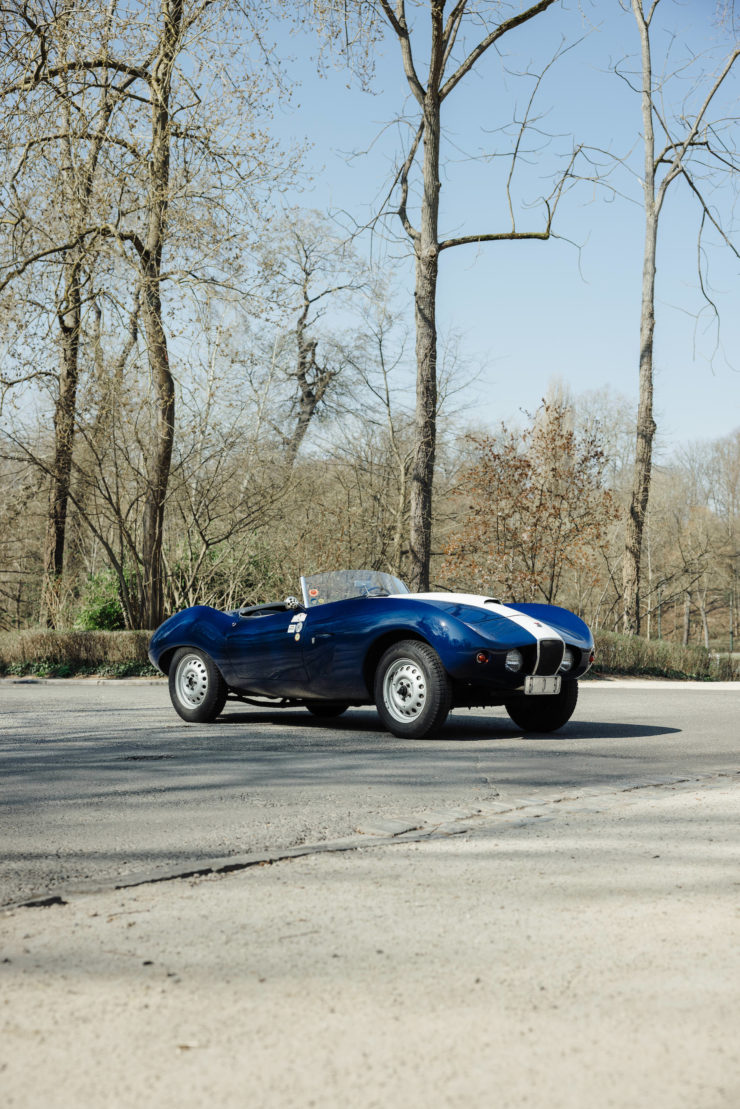 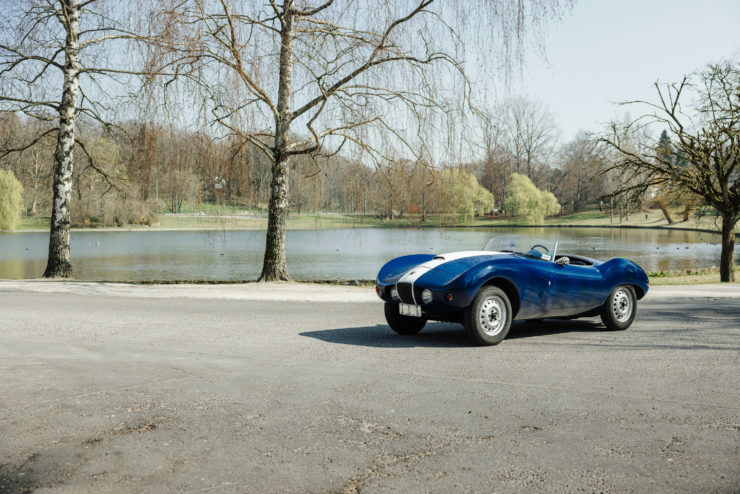